What’s the best way to look after most vulnerable road users? 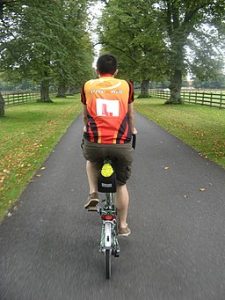 In May (Everyone has an opinion on road safety)  I reported that I had attended a meeting to discuss the Department of Transport ‘Call for Evidence Cycling and Walking Investment Strategy: Safety Review’.

Following on from that Call for Evidence wit emerged in August that ADIs were to be offered bespoke training to ensure cyclists’ safety is at the forefront of their minds when they teach new drivers, as part of the Department for Transport’s Cycling and Walking Safety Review. The review’s aim is to make walking and cycling the natural choice for shorter journeys, or as part of a longer one, rather than driving. This, of course, fits into the higher order skills outlined in the GDE Matrix Level Three “modal choice”

The meeting concluded that training to raise awareness among ADIs regarding cyclist safety should be examined further.

More recently I attended a road safety seminar in Hull where two of the speakers were police officers from West Midlands Police who devised the award-winning Operation Close Pass (#OpClosePass) which has now been adopted by police forces across the UK.

They told the audience that the clear majority of drivers they stopped for passing too close to cyclists were not new young drivers; rather, the big offending group were mostly males over 40 years old. Younger drivers seemed more happy to work with cyclists for the good of all

So, should we be working on courses for ADIs to pass on skills to learners, or should we be passing the message about sharing the road on to fleet trainers, in order that they can perhaps better influence the older generation?