Memories… regrets and the best bits

A look back at the low points, missed opportunities and a few of the best bits from the past 35 years. 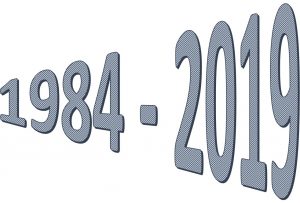 When a separate theory test was introduced in 1996 it should have been accompanied by some compulsory theory training. A second chance to introduce this was missed in 2002 when the hazard perception element was introduced into the car theory test. Without legislation it has proved impossible to persuade students into a classroom environment.

June Bridgeman CB, director of road and vehicle safety, Department of Transport, said in 1990 that the formation of ADITE, the Register of Approved Driving Instructor Training Establishments, meant that “starting with a voluntary scheme will mean we can move to a compulsory scheme quite quickly.”

ADI Registrar Charles Morton, in 2006, said that ‘the compulsory ORDIT is probably the first thing we want to do when the Road Safety Bill is passed.’ The Road Safety Act 2006 received royal assent on 8th November 2006.

Nearly 30 years after the first pronouncement no compulsory register of instructor trainers exists. The current situation is that anyone can teach PDIs the theory test knowledge and anyone can teach the techniques needed to Pass a Part 3 examination. Yes, they need to be an ADI to teach the Part 2, but they only have to be on the ADI Register, they do not need to be any particular grade. Why?

Geoff Pickering, then Assistant Chief Driving Examiner, said that setting up a compulsory LGV voluntary instructors register should be possible “within two or three years.” More than 20 years later there are now two registers for LGV instructors, neither of them administered by the DVSA and neither of them compulsory.

Set up in 1999, this yet-another voluntary register was also flagged up to be the first step on the path to a compulsory register. 20 years later… you guessed the rest.

Gary Austin, then DSA chief executive, said in 2002 “Yes, of course, we expect to make Pass Plus compulsory very soon”…. Really? A MORE STRUCTURED APPROACH Robin Cummins said in 2004, when he was the chief driving examiner, that “Learners on Motorways and logbooks with ADI sign off are going to be introduced; the announcement will be made in the next few days.” It took 14 years to get learners allowed on motorways and we’re still no nearer logbooks.

In 2007, Rosemary Thew, DSA chief executive, said that the agency was “committed to overseeing the introduction of compulsory CPD for driver trainers.”

I believed her; I think they were committed to this idea. They certainly committed a huge amount of resources to trying to make it happen. Then along came the global financial crisis. In 2010 a Coalition Government was formed and the Department for Business, Innovation & Skills led by Sir Vince Cable decided that one day a year’s training was too onerous for self-employed ADIs. Another great idea left by the roadside.

And the best bits…

I’ve enjoyed travelling around the UK and Europe, meeting instructors and hearing a wide variety of views on road safety and how to teach people to drive safely. The opportunity to address government officials and ministers has been a privilege, as has the opportunity to give evidence to parliamentary select committees.

My brushes with the media have been exciting and a bit nerve-racking. I’ve appeared on Today on Radio 4 and Drive-Time on BBC Radio Bristol. I have also made several appearances over the years on TV, including an interview with Jeremy Clarkson on Top Gear back in the 1990s and appearances on Sky News and BBC Breakfast. I also took part in the second series of Barely Legal Drivers where I was described as the Simon Cowell of the Highway Code…

But the best bits have always been centred around serving the MSA GB members, particularly helping  one-woman/one-man bands with their problems. These have ranged from straightforward issues such as sourcing the best supplies and good teaching techniques, through to more complex issues, such as help after failing Standards Checks. To all those who have ever got in touch, thanks, and I hope I helped out in some way.