Memories… when the lawyers call 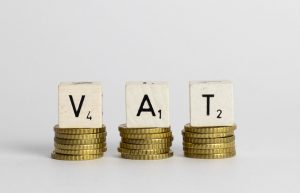 No one who has managed an organisation such as the MSA GB can get away without coming up against some legal challenges from time to time. The first challenge was back in 1989, VAT!

When VAT started in 1973, it would appear, from what few records survive, that the association was more concerned about the effect this would have on members than its possible impact on MSA GB.

The MSA GB did not register for VAT in 1973, relying on the exemption in the VAT Act for Trade Unions and Professional Bodies. At various stages questions were asked about the MSA GB’s VAT status but questioners were always told ‘we are a professional body and do not need to register’.

That was the position held until 1989 when Customs & Excise decided to visit MSA GB. After inspecting the association’s books, procedures and purpose, they told us that we did not fulfil the test for a professional body and that we needed to register for VAT. After a lot of toing and froing we received a notice of compulsory registration from April 1973 and a bill for £150,000 – a backdated estimate of the VAT thus far unpaid.

After a large amount of correspondence and a detailed inspection of the MSA GB’s books and following negotiations, that figure was reduced, all serious mis-declaration penalties and default interest charges were withdrawn and the MSA GB had to pay off £20,000 at £500 per month.

Carol then had to start to account for MSA GB VAT and pay the appropriate sums to Customs & Excise (now HMRC).

To her credit our VAT returns were always filed with the authorities on time and she never missed a payment or paid late.

The second big challenge arrived in 2005, when a libel case was brought against MSA GB, me personally and the late Lionel Jordan, at that point the regional editor for MSA GB Greater London

We were sued by Carter Ruck, the well-known London solicitors and experts in libel cases, on behalf of an examiner about whom we had published a report which was factually incorrect.

Safe to say the case did not end well. We ended up in Court 13 at the Royal Courts of Justice and the examiner was awarded damages of £30,000 and his costs.

A few weeks later we received the bill for his costs: a mammoth £396,739.39, to be paid by the MSA GB, myself and Lionel. At the time MSA GB was not insured for this eventuality. It is now!

I was very shocked and frightened as I could see all three of us being bankrupted and homeless.

Fortunately, Carol and my family were all very supportive and encouraging, as was the MSA GB board of management.

Eventually I found a proper lawyer – I could tell he was good, he had a very smart public school accent and wouldn’t see me until I paid him £5K up front. I put it on a credit card; I had nothing left to lose. He told me that it did not appear that our case had been conducted very well by our solicitors and barrister!

He said we probably needed someone who would act for us on a ‘no win no fee’ basis but that his firm didn’t do that sort of work.

However, he said he would talk to the claimant’s solicitor and get back to me. He rang a few days later to tell me “Carter Ruck said dealing with your legal team was like taking candy from a baby and they will be willing to co-operate with action against your original lawyers.

“We think we should do that for you on a ‘no win no fee’ basis.”

The case was settled in 2010 for around £750,000, paid for by our original solicitor’s and barrister’s insurance.

Finally, in 2009, the association’s accountants made contact to discuss several recent VAT cases that might make it possible for MSA GB to be considered a ‘professional body’ after all, allowing us to claim back some of the VAT we had paid.

The accountants came to visit head office and were impressed by the thoroughness of the record keeping and archiving. It was a good job Carol had filed the returns so assiduously.

The accountants thought a case could be made and we signed an agreement to pursue a claim that the MSA GB should be considered a ‘professional body’.

On June 2, 2010 MSA GB received a letter from HMRC confirming that the subscription fees to the Motor Schools Association of Great Britain Ltd were exempt under the VAT Act 1994 Group 9 Schedule 9 item 1(b), as driving tuition is a profession.

Since then we have used that money to hold down MSA GB membership fees.