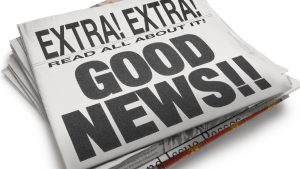 So what’s new? In December 2018 I wrote about the government’s proposed ADI cycle training scheme. Back in November the report on the NASP meeting with DVSA talked about the agency’s proposed Mock Test guidance. Now we learn that DVSA is to start trialling sending text messages to driving test candidates before they sit their practical driving tests.

Three initiatives, all ostensibly created to improve road safety outcomes. I know the chances of legislation on road safety is doubtful for several years while all the government’s time is taken up with Brexit, however, it seems that we are now going to try and produce improvements to the country’s KSI figures through a series of voluntary interventions that are designed, it seems to me, to produce instant ‘good news’ stories rather than real results.

DVSA seems keen to promote the idea of mock tests and ADIs accompanying their pupils on driving tests. This idea is proposed, they say, because it will improve the chances of the learner passing the test.

I’m sure that already, most driver trainers give their pupils mock tests – why wouldn’t they? After all, it is a great help in the business of selling driving lessons which is, of course, half the job of being a driving instructor. I have always believed that the ADI’s job is made up of two equally important parts. Teaching people to drive is the first; selling them enough lessons to pass first or, maybe, second time, is the other part of the deal.

Let’s look at the three ideas mentioned above in a little more detail. As I stated in these pages when we discussed the ADI cycle training scheme, whereby instructors will be taught how to teach cycle awareness to their learner driver pupils, it is a scheme that looks doomed to fail.

All the evidence suggests that it is not new drivers who need better training, but older male drivers who have little sympathy for any road user other than themselves.

Text messages are the latest idea to be trialled. Learners will receive one of a set of ten text messages. Messages will ask the learner to consider things like whether they have had enough practice in different weather conditions or tips on how to relax before taking their test.

There are more than fifteen different weather conditions in Great Britain that I can think of: blizzard, cloudy, cold, dry, foggy, hail, hot, humid, mist, rainy, sleet, snow, stormy, sunny, thunderstorm, wet and windy. How it is possible to arrange lessons that feature all those different conditions?

As to encouraging candidates to relax before taking their test… The Independent in June 2017 reported on the use of drugs by students in order for them to ‘relax’. A student article for the Bristol Tab says that drugs have become as much part of the university experience as ‘disappointing sex and watching too much daytime television’.

Ah well. I could now say that, perhaps, the DVSA should go back to the drawing board with its ideas and look at what its own research has already shown to work, such as student records and peer group training sessions for learners. That would seem to me, in the current climate, to be a more useful way to utilise scarce Government time and resources.