Give them a Gold Star on their “Driver Record” 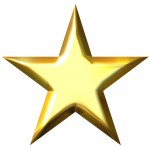 It always seemed like common sense to me for learner drivers to keep a record of their progress towards a full driving licence. I guess it was because when I started as an Instructor with BSM we were all encouraged to make a record of our pupils’ progress that the learner kept.

I’m no psychologist, although I have listened to a few over the years, but the theory that someone has to think about a learned behaviour in order for that learning to transfer from the short term memory to the long – and become learned – seems to me to make a lot of sense.

The further theory that to encourage a learner when they do well gets them to think, after the lesson, more about the things they had done correctly rather than dwell on the items they got wrong. Thereby encouraging memory retention of their successes rather than dwelling on their mistakes seemed obvious to me.

It was a winner in so many ways:

Now DVSA are inviting ADIs to take part in a survey “Driver’s Record for Learner Drivers: your views needed” They want help to review the current record  and identify any areas for improvement.

I urge all ADIs to take part if you don’t voice your opinion your ideas will never be heard. You can view the existing “Drivers Record” here.

It must be about fifteen years ago that the DfT published a Road Safety Research Report about the Trial of what was then called the Learner-Driver Logbook. The report had been produced by Ross Silcock Limited in association with BITER as part of a contract placed by the then Department of the Environment, Transport and the Regions some years earlier.

The following are extracts from the reports Executive Summary

These are some extracts from the reports Executive Summary

I remember in the early part of the 2000s compulsory log books were a foregone conclusion – that never happened. Most ADIs who try them agree they work well but generally don’t use them because they say pupils forget to bring them to lessons.  Maybe now its the time to produce electronic online “Drivers Records” but I think they should have the ability for the trainer to award the occasional gold star.