On motorways, where 8% of all road deaths in the EU occur, between 23% and 59% of observed vehicle speeds were higher than the speed limit.

ETSC states that speed is a major factor in overall road safety performance. Excessive and inappropriate speed is accountable for about one-third of fatal collisions and is an aggravating factor in most collisions. While reducing speeding will require a combination of measures, including higher levels of enforcement, improved infrastructure and credible speed limits, the authors singled out Intelligent Speed Assistance (ISA), a driver assistance system available today, as the key in-vehicle safety measure for tackling the problem.

France recently cut the speed limit on rural roads without median barrier from 90km/h to 80km/h. An initial analysis by the research institute Cerema showed 116 fewer road deaths on rural roads limited to the new 80km/h speed limit compared to the 2013-2017 average on the same roads for the months July to December, the period since the new limit was introduced. Spain has also announced a shift from 100km/h to 90km/h for its high speed rural road network while Flanders, the northern region of Belgium, also switched from 90km/h to 70km/h in 2017.

Some of the countries with the best safety records in Europe have lower standard speed limits on rural roads. Including Sweden at 70km/h with 27 deaths per million inhabitants. Norway (26), Switzerland (26), Denmark (37) and the Netherlands (37) all set the limit at 80km/h.

The UK, on the other hand, with 28 deaths per million inhabitants, sets the limit for rural roads at 96.56 km/h

Like all things road safety there is no easy answer to challenges like drivers who chose to drive to fast.

A combination of education, scientific intervention and maybe an injection of common sense is probably the solution. 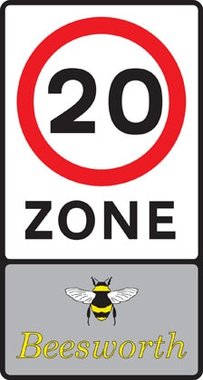